I recently took a trip to Europe (specifically Paris, France, and Madrid, Spain) which I will now summarize in as concise a manner as possible. Included are photos taken with a Pentax ME Super. This was my first time working with film, and unfortunately much of it was ruined due to four rounds of X-ray exposure by airport security. They kept telling me that it didn’t matter until around 1600 ISO, which was obviously not the case. A disappointment, to be sure. But also, I’m kind of an idiot for taking their word for it. 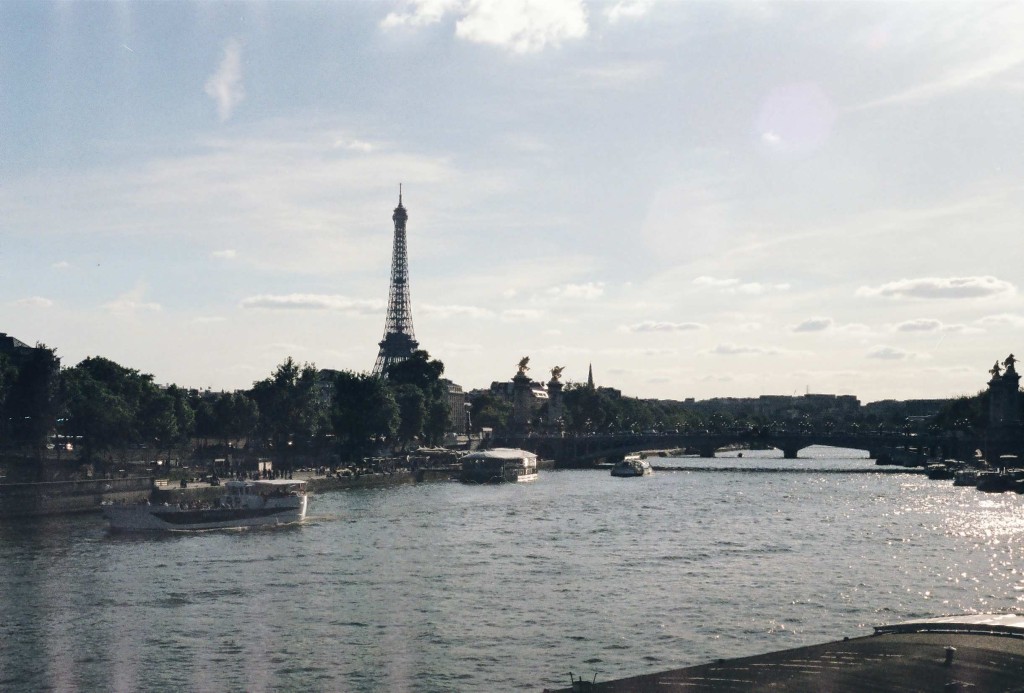 A view of Paris from the edge of the Seine river.

I had organized my excursion as a round trip to Madrid within a round trip to Paris. The flight to Paris from Montreal was a redeye, arriving in the morning. I made my way immediately to my host’s apartment, where I met my friend Christina, a dear friend who had been on exchange since the beginning of the year, and who also knows some very hospitable people in Europe, thank goodness. Rather than resting that day to make up for lack of sleep on the flight in, Christina and I explored the lovely Luxembourg Gardens, which ended up being one of my favourite parts of Paris. There is plenty of room in the sun to enjoy various statues, fountains and flowers. Alternatively, the forest area provides a canopy of refuge from the sun. No matter where you go, there is always opportunity to sit and enjoy the surroundings, and that is my kind of place.

From there, we walked north of the Seine river, past the Notre-Dame Cathedral, to see an Arabic band called Mashrou’ Leila with a couple of Christina’s Brazilian friends. The music was great, though their recordings always leave me longing for more kick drum, and more low-end in general. Then again, maybe electronica has corrupted me. In any case, I would definitely recommend seeing them live, especially if you don’t speak Arabic. And that is because I rarely relate to lyrics but almost always enjoy the sounds of words that I don’t understand. 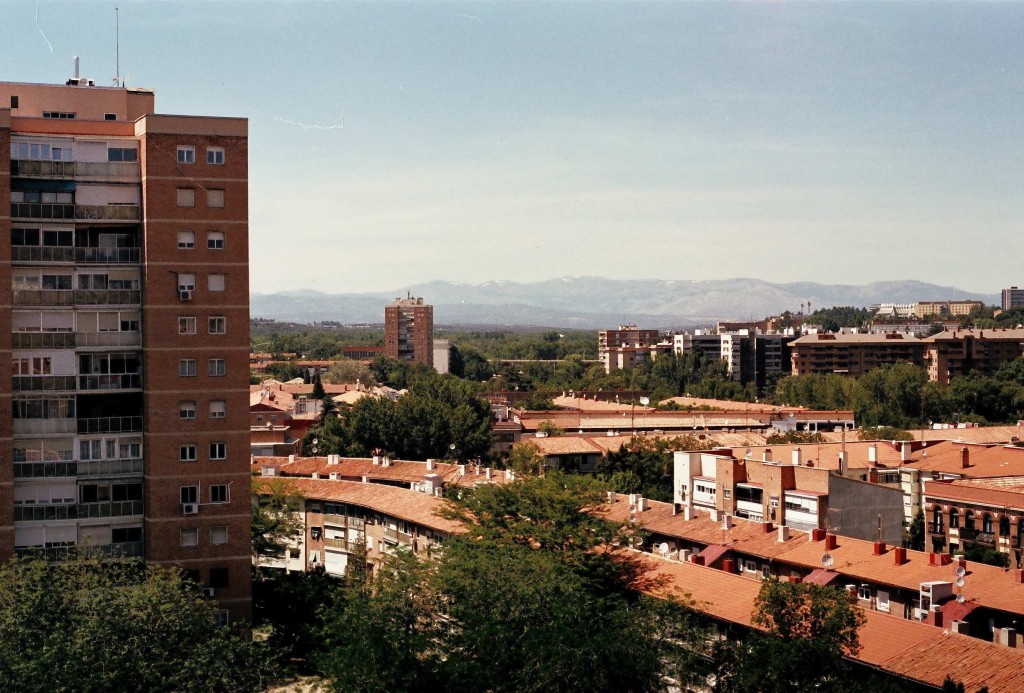 A view of the Madrid suburbs.

The flight to Madrid left the next morning, and Christina and I slept over at the airport to avoid taxi fare because we are poor. Needless to say, the first day in Madrid consisted of a lot of napping in the park, and being in awe of how inexpensive cheese is there. Since the main objective for my time in Europe was to make meaningful connections, engage in the culture and practice Spanish, I had planned to go to a church’s young adults event that same night, which happened to be on biblical archeology. To my great surprise, there was an American couple there, who are teaching English in Madrid. Meeting them was definitely one of the highlights of Madrid, since they do not live far from Montreal. I am sure we will be seeing them again.

I did manage to make some friends at that event, a few of whom I got to see the next day at church. Being the foreigner who everyone had to be quite patient with, I don’t really know if I came off as interesting, endearing, or just really awkward and socially dysfunctional. Regardless, I am exceedingly grateful for the few who persisted in conversation with me. I have been on that end, and I know it’s not easy. Gracias, amigos y amigas, para tu paciencia por mi español. 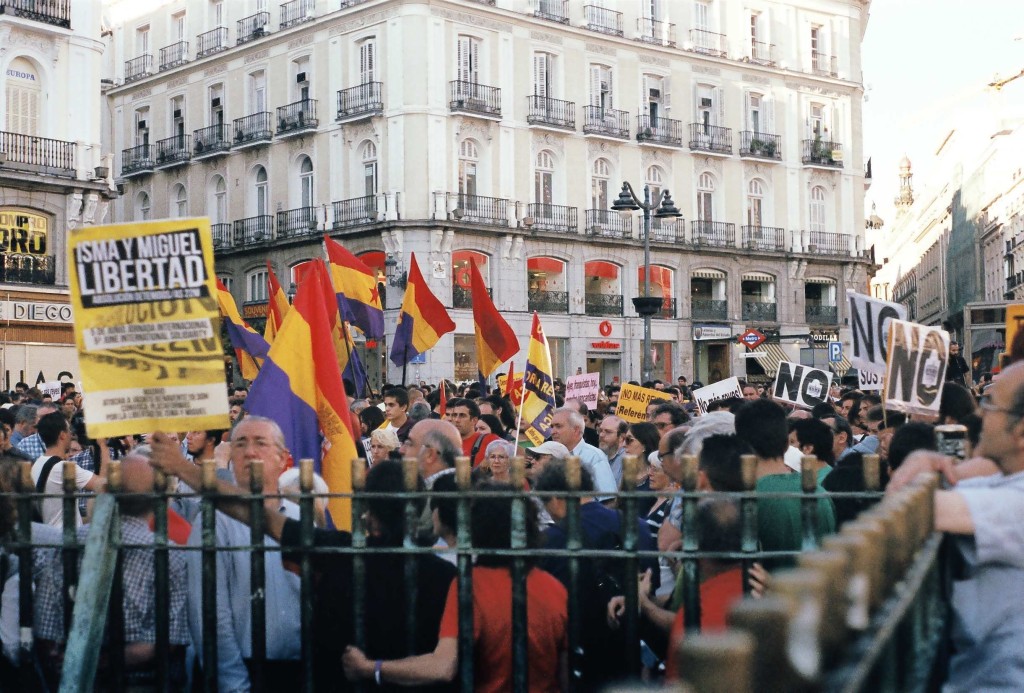 The king of Spain abdicated while we were there. I suppose now he’ll be eating humble pie.

Madrid charmed me more than I would ever have expected. It’s a large city, but it feels like a small town, something I have never come across before. People are sweet as honey from the comb and everything is reasonably priced and accessible. The last few days there were filled with loosely planned gandering, a gondola ride, the Prado Museum, following up with our new American friends, many interesting conversations in many languages, inexpensive food, speaking in Spanish with store employees, and consistently low-key activity to contrast the ceaseless walking I would do upon my return to Paris. 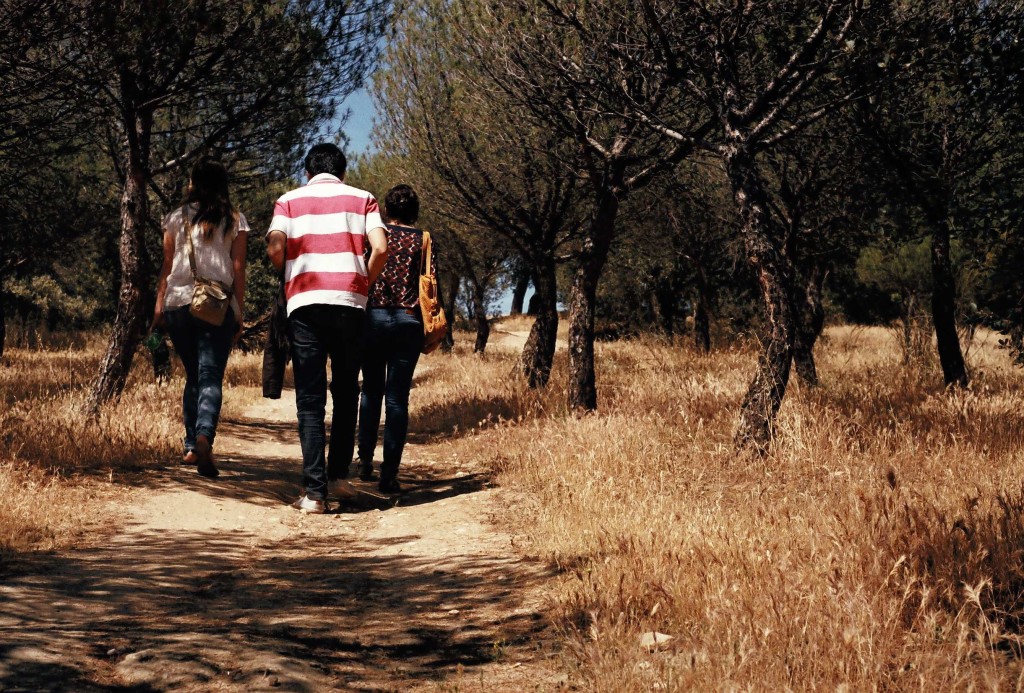 We enjoyed a brief walk outside the city before returning in the gondola.

As impressive as Paris is, the best moments were the ones spent reading, thinking, praying, or eating cheese. Indeed it was fantastic that I could walk in any direction for not more than ten minutes and always happen upon some impressive architecture, but since I was alone for most of my time there, and too cheap to shell out for museums and other attractions, I wanted to embrace the solitude. So I did so in Champ de Mars, in the Luxembourg Gardens, in a vacant cafe with a pretty waitress, in my host’s apartment, and on the flight home.

One of my favourite places in Paris, one in which I wish I could have spent more time, was Le Village St. Paul, located just north of the Seine river in the 4th arrondissement. Once inside, you really do feel as though you are in an old village. There are little shops and restaurants, and since the rest of the city is not visible from within, it has a very solitary atmosphere. 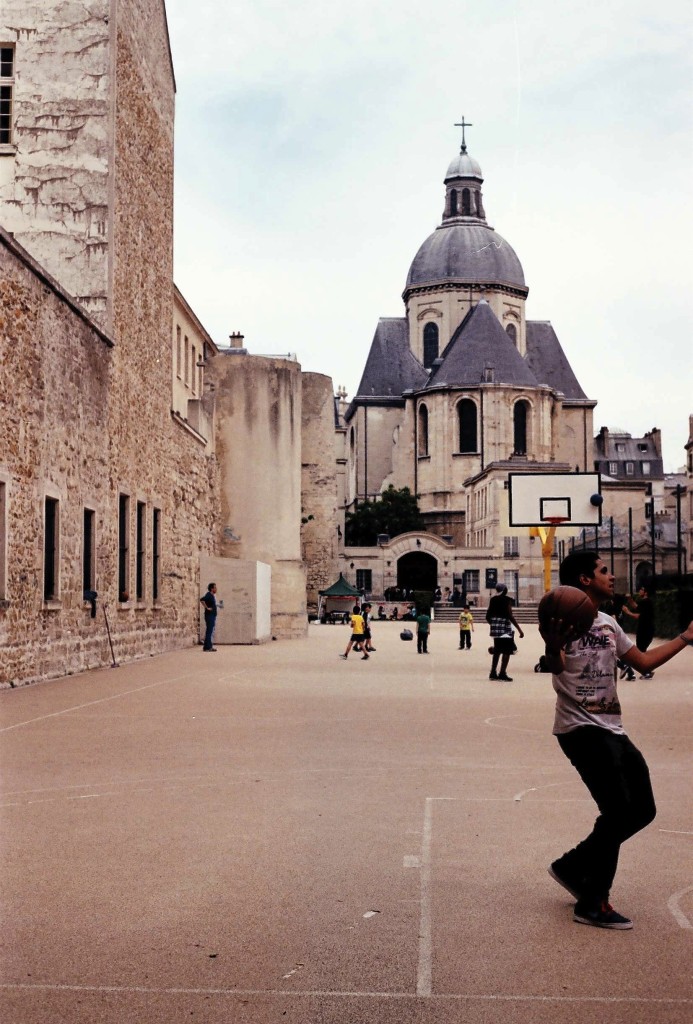 My experiences with Europeans, even strangers, were lovely. I had been warned that Parisians were snobby and that Europeans in general don’t warm up to strangers very quickly, but whatever percentage of the people that actually applies to, I missed it completely. I did try to avoid being an entitled North American who believes that I deserve to be spoken to in English no matter where I am on the globe. Maybe that factored in.

I must express my deepest gratitude to my hosts, both in Paris and Madrid, for your gracious hospitality; to the parisian I met on the flight in to Paris from Montreal, who gave me a great itinerary for Paris; to those at La Primera Iglesia Evangélica Bautista de Madrid, for welcoming me and engaging with me despite my loose grasp of the Spanish language; to Christina, for putting up with such a newbie traveler; to my friends and family back home who were praying for me leading up to and during my trip; and above all to God for preparing me, allowing me to go, for speaking to me through the experience, and for any and every unforeseen effect to which these ten days in Europe were undoubtedly an intermediary cause.